1960, Woolworth Sit-ins
Four African American college students sat down at a lunch counter at Woolworth’s in Greensboro, North Carolina, and politely asked for service. Their request was refused. When asked to leave, they remained in their seats. Their passive resistance and peaceful sit-down demand helped ignite a youth-led movement to challenge racial inequality throughout the South. Hundreds of students, civil rights organizations, churches, and members of the community joined in a six-month-long protest. Their commitment ultimately led to the desegregation of the F. W. Woolworth lunch counter on July 25, 1960. 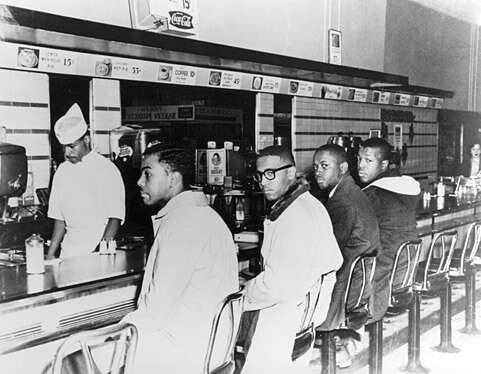 2004, Wardrobe Malfunction
During the halftime show of Superbowl XXXVIII, Janet Jackson suffered her now infamous "wardrobe malfunction." Along with the rest of the halftime show, it led to an immediate crackdown and widespread debate on perceived indecency in broadcasting.The Federal Communications Commission(FCC) fined CBS a record $550,000. That fine was appealed and ultimately voided. The "malfunction"was broadcast to millions of viewers. A co-founder of YouTube has stated that this was the particular incident that led to the idea and subsequent creation of YouTube. The incident also coined the phrase "wardrobe malfunction," which was later added to theMerriam-Webster'sCollegiate Dictionary.
0 Comments